In ancient times, the marine anchor was a large stone called an “anchor”, which was tied with a rope and anchored the ship by its weight. Later, it gradually developed into a wooden claw anchor, in which wooden claws were tied to both sides of the stone to keep the ship at anchor by weight and grip. With the advancement of technology, there are chains and anchors with iron or steel. Among them, there are single-tooth iron anchors, double-tooth iron anchors, four-jaw iron anchors, navy anchors, single-jaw anchors, two-jaw anchors, tongue anchors and Hall anchors, etc.

How does the anchor hold a large ship?

Compared with the hull, the anchor and the hull are very different in size. How can a small anchor hold a ship that is thousands of times larger than it? This is where the basic principles of physics come into play.

When the ship needs to be temporarily berthed, the anchor will be thrown out, and usually an extra length of anchor chain will be placed to get closer to the seabed. As the anchor sinks slowly, the claws of the anchor come into contact with the bottom of the water due to inertia. At the same time, when the wave or current hits the hull, the mooring claw under the seabed will be subjected to a horizontal pulling force. Under the dual action of the pulling force and gravity, the anchor claw will slowly be inserted into the mud under the seafloor and become firmer and firmer, providing a reliable guarantee for the stable mooring of the ship and water safety.

Correspondingly, there is the concept of “anchorage”, which refers to the waters where ships can anchor on the water for safe berthing, shelter from wind and typhoons, wait for inspection and pilotage, engage in water transfer, organize fleets and other operations. The anchorage should be chosen with suitable water depth, flat bottom, good anchor grip, sufficient area and small wind, waves and currents, away from reefs and shallows for easy positioning.

It should be noted here that when the seabed is flat, the anchor hooks are not fixed, and when the hook is not too strong, or when the waves are too large, the anchor will lose its function. The phenomenon of “anchor dragging” is very dangerous. When the boat is at anchor, the main engine will be off, causing the boat to drift around, which is very dangerous.

What are the ways to drop anchor?

There are two types of bow anchoring: single anchor and double anchor. In general, only a single anchor can tie the ship. Only when the wind and waves are particularly strong and the anchorage is too narrow, double anchors can be dropped. When the bow is anchored, the external forces such as wind force, current force and wave impact force on the hull are the smallest, so this method is the main way of anchoring and berthing, and it is also the main reason why the main anchor is arranged in the bow.

If you want to make the berthed ship always on the side of the ship and facing the wind direction, use the fore and aft anchoring method. The method of anchoring at the head and tail is generally to throw the main anchor from the direction of the wind, pass a cable from the stern around the outer side of the ship and connect it with the main chain that has been thrown, and then release some main chain. Another method is to throw the stern anchor from the stern after the bow main anchor is thrown.

How to raise the anchor up after it is thrown down? 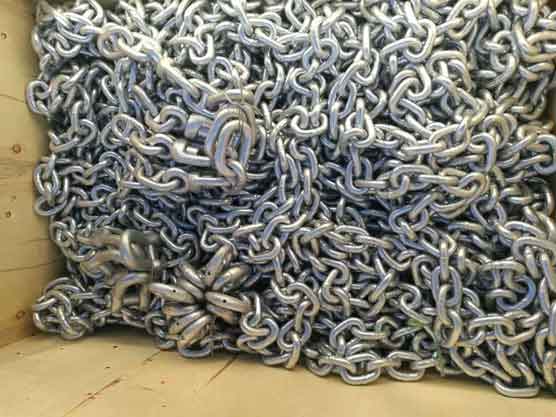 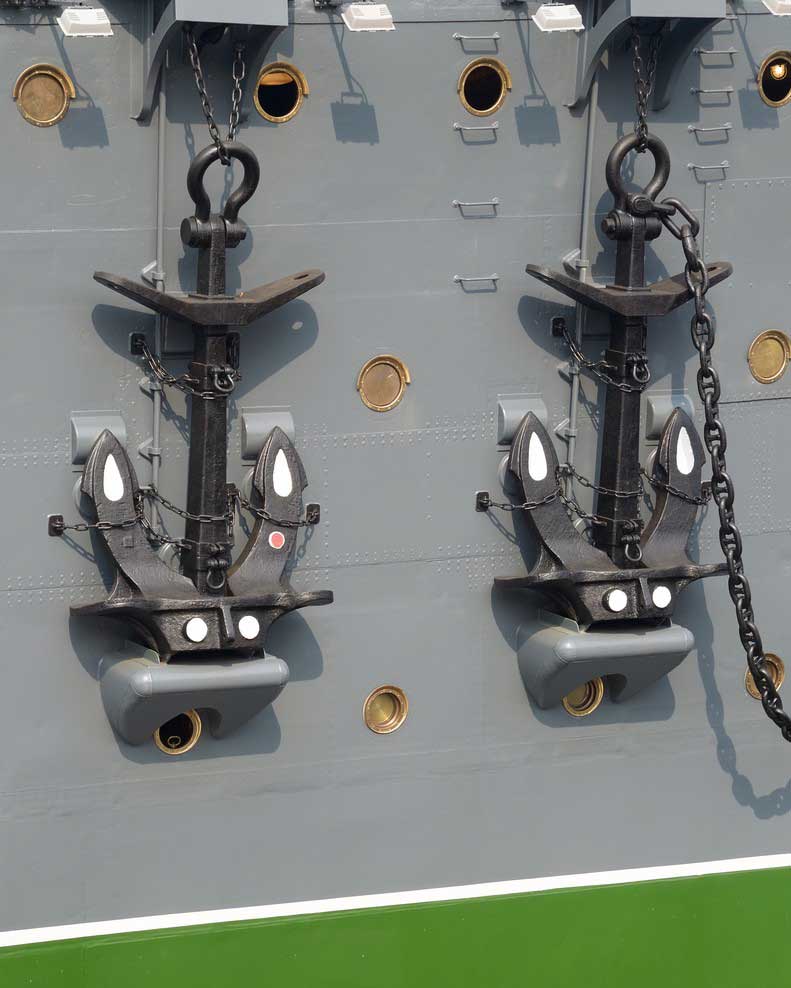 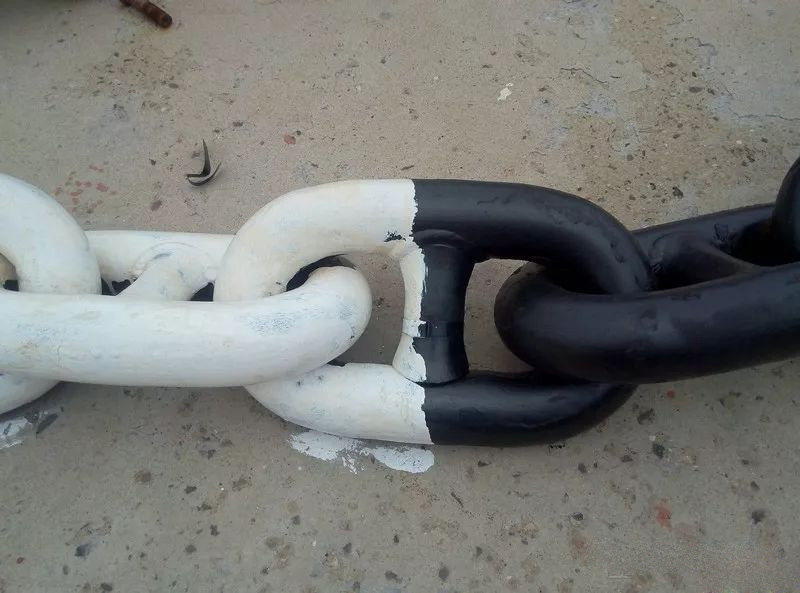 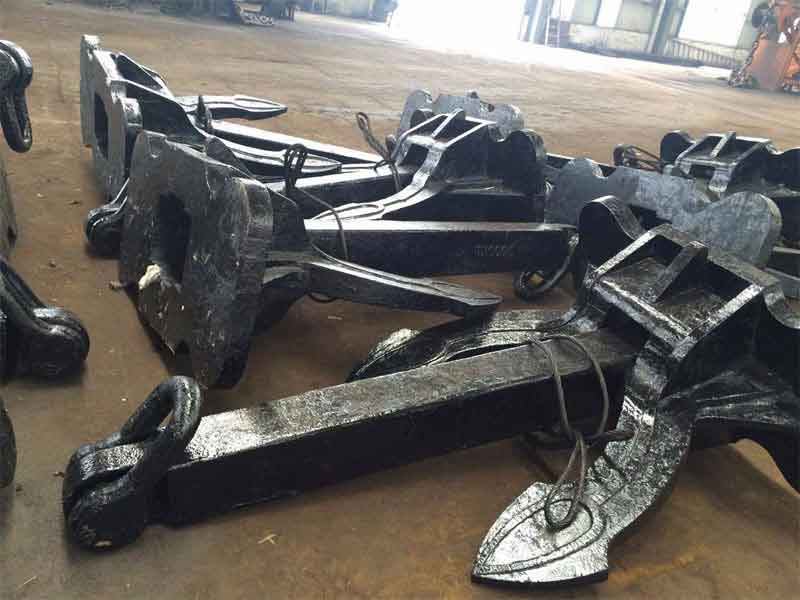 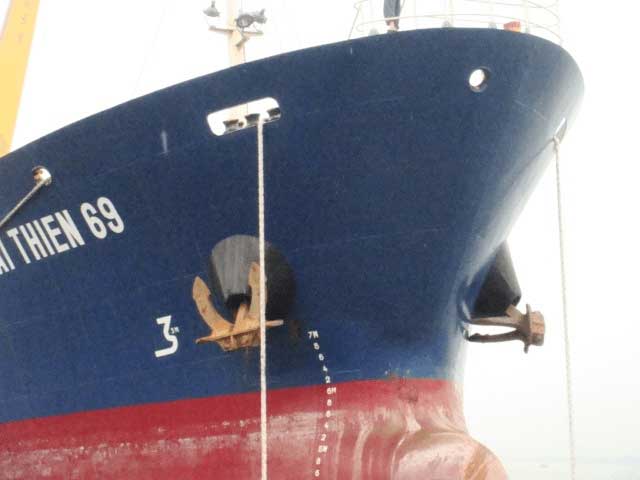 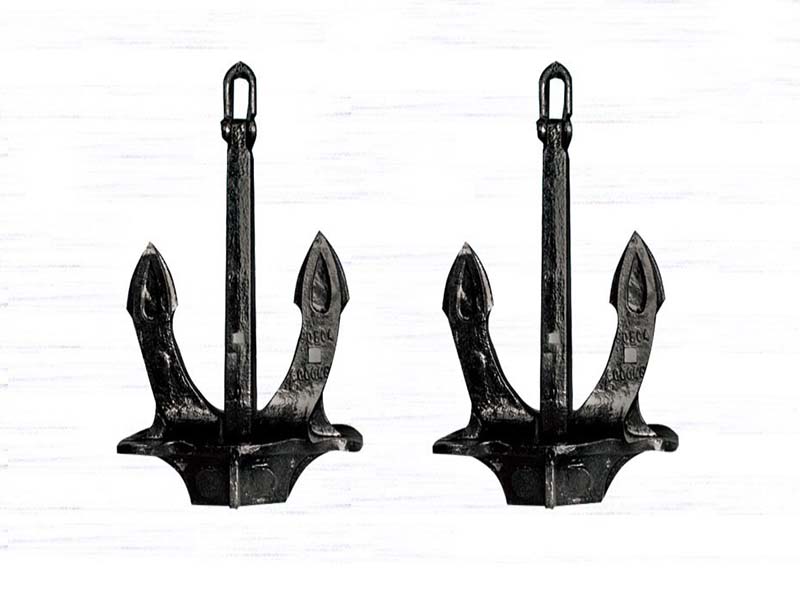 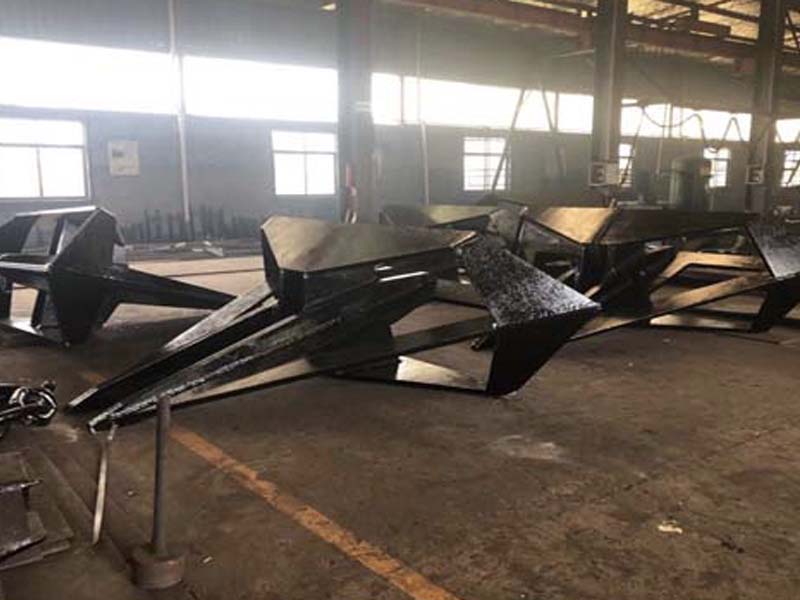